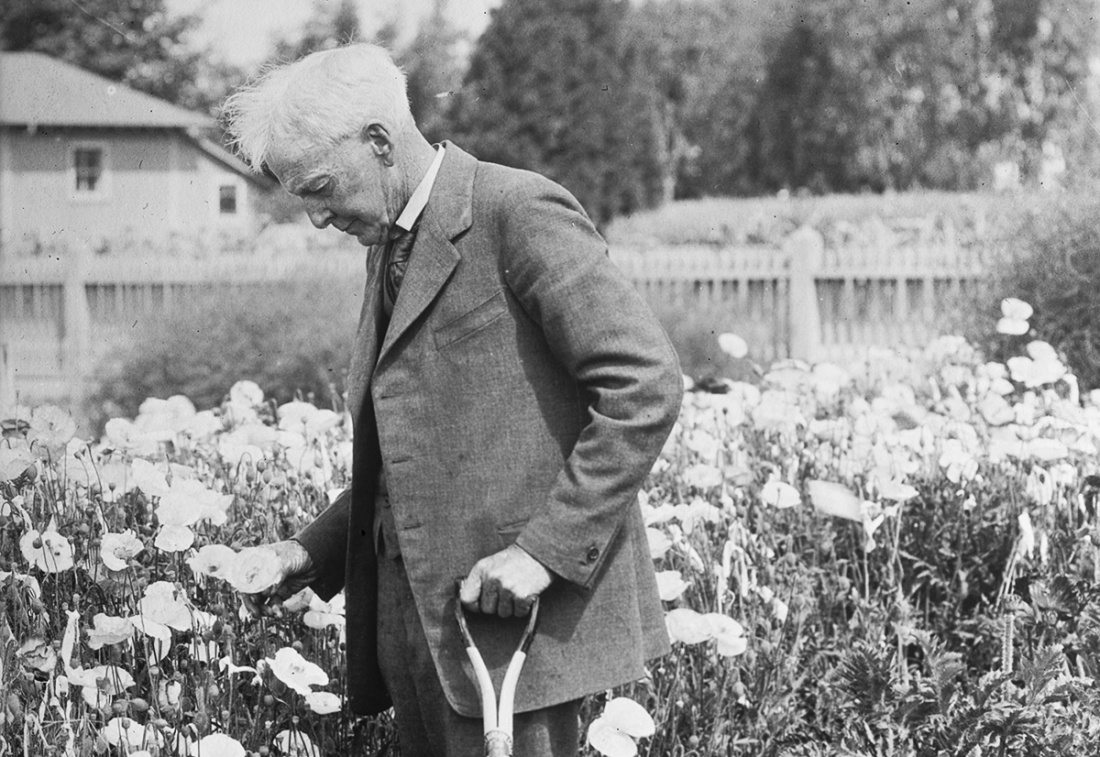 Luther Burbank created some of the world’s most commercially successful fruits and vegetables, all from his Santa Rosa, California farm.

The Los Angeles Times recently ran a review of fast-food french fries that caused a stir because the writer placed fries made at California’s beloved In-N-Out burger somewhere near the bottom. This infuriated the state’s rabid fan base for what is arguably one of the best burger joints in America. But one fact that was lost in the whole debate is this: if it were not for the work of one Californian farmer, we would likely not have french fries at all, or at least not as we know them today.

That is because most french fries today are made with a particular strain of potato –  the Russet Burbank – that exists largely because of one man: Luther Burbank. Burbank is a little-known Californian (part of an ongoing series) whose contributions to science, in particular botany, have had an outsized impact on much of the fresh produce we consume today.

Burbank is a towering figure in horticulture, credited with creating the science of modern plant breeding. For decades in the late 19th, early 20th centuries, his experimental farm in Santa Rosa, California, was famous throughout the world for the stunning variety of new fruit and vegetable varieties that emerged from the farm’s fertile soil.

Born in 1849 in Lancaster, Massachusetts, Burbank came to California in 1875, buying a four-acre plot of land to start a nursery and garden in order to breed edible crops. While not a trained scientist, Burbank had a preternatural knack for identifying desirable characteristics in plants, which he selected for through an arduous, time-consuming, and oftentimes brilliantly intuitive series of techniques that led to the creation of some of our most cherished strains of fruits and vegetables.

Over the course of his 55-year career, Burbank developed more than 800 new strains and varieties of plants, including flowers, grains, grasses, vegetables, cacti, and fruits. These include 113 varieties of plums, 20 of which remain commercially valuable, especially in California and South Africa. He also developed 10 commercial varieties of berries (including the oxymoronically-named white blackberry) as well as more than 50 varieties of lilies.

Amazingly, Burbank was able to achieve all this without direct knowledge of plant genetics, pioneered by the Augustinian friar Gregor Mendel in what is now the Czech Republic in the mid-1800s (and whose papers were brought to light in 1901, long after his death in 1884). Burbank’s lack of precise record-keeping and somewhat unorthodox — some would say sloppy — record-keeping, has led some modern scientists to criticize his credentials. Purdue University professor Jules Janick, wrote that “Burbank cannot be considered a scientist in the academic sense.”

That said, Burbank’s innovations in Santa Rosa were revolutionary and garnered him worldwide attention, as well as financial support from benefactors like Andrew Carnegie, who supported Burbank because he believed the work was of great potential benefit to humanity.

Burbank perfected techniques in common use today such as grafting, hybridization, and cross-breeding. At the time, his efforts resulted in large yield increases for numerous edible species in the United States in the early 20th century.

But perhaps Burbank’s most lasting achievement was the Russet Burbank potato, which first came on the scene around 1902. Burbank bred the new stain from an unusual “seedball” he found on his farm, which came from a strain called Early Rose. Burbank planted the seeds, chose the most select fruits and further hybridized those. Soon, he had a wonderfully robust and hearty potato that he could sell.

This large, brown-skinned, fleshy-white tuber is now the world’s predominant potato in food processing. The Russet Burbank is ideal for baking, mashing, and french fries. It is now grown predominantly in Idaho, the top potato-growing state in the US, where the variety makes up more than 55% of the state’s potato production.

Burbank came up with the Russet Burbank potato to help with the devastating situation in Ireland following the Irish potato famine. His aim was to help “revive the country’s leading crop” due to the fact that it is “Late blight-resistant”. Late blight disease destroyed potato crops across Europe and led to a devastating famine in Ireland because the country was so dependent on potatoes as a common foodstuff. Unfortunately, Burbank did not patent the Russet Burbank because plant tubers, of which the potato is one, were not granted patents in the United States.

But the Russet Burbank was such a hearty strain, and so nutritious and flavorful (though some disagree), that it became the potato of choice for many grocery stores and restaurants. This did not happen automatically, but took about two decades to catch on. In fact, in 1930, the Russet Burbank accounted for just 4% of potatoes in the US. But things would quickly change with the advent of frozen french fries in the 1940s and the subsequent emergence of fast-food restaurants like McDonald’s in the 1950s. The Russet Burbank was perfectly suited for french fries and remains the world’s most popular potato by a long shot.

Unfortunately, Luther Burbank had a dark side, especially by modern mores. He believed in eugenics, the idea that human beings should be selectively bred like produce. He was a member of a national eugenicist group, which promoted anti-miscegenation laws, segregation, involuntary sterilization, and other discrimination by race.

Luther Burbank died after a heart attack and gastrointestinal illness in 1926. His name is known in certain regions of California, in and around Santa Rosa, although if you asked the average person who he was, few would be able to say. The Luther Burbank Home and Gardens, in downtown Santa Rosa, are designated as a National Historic Landmark.

This article is part of a series about little-known, but highly-influential California scientists. See other articles here.